Discover thousands of years of history during your holiday staying near ancient sites and monuments - you don't have to rent a castle - but you could! staying in a self-catering holiday house close to areas of interest will give you the flexibility to create your own bespoke archaeological tour. Whether you want to see “How the Romans did their thing in England”, dig for buried treasure in Northumberland, go dinosaur hunting, witness Bronze Age living in Cambridgeshire, experience life as a monk in Whitby Abbey North Yorkshire or discover Ice Age art in Nottinghamshire. Well that’s just part of the archaeological heritage on offer for visitors to England.

Like any country in the world, England is steeped in its own very long history, but it’s geographic location, as a relatively small and very accessible island on the western edge of Europe meant is has perhaps been at the centre of “historical and cultural revolution” much more than many other countries have been over the centuries. During your visit, you can rent holiday houses to suit your budget in locations of huge historical interest including Salisbury, Bath, Caernarfon, York, Warwick, London, Edinburgh, Stirling, Dunfermline, Nottingham, Cambridge, Manchester, Ludlow, Oxford, Durham, Portsmouth and Brighton. 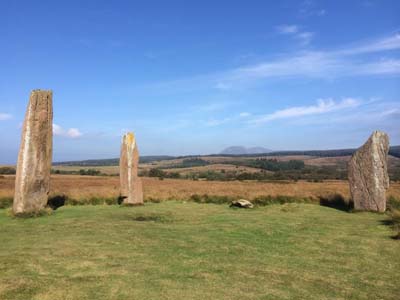 Do you want to visit Hadrian’s Wall and ancient sites and monuments?

For example, did you know that the tiny Isle of Wight off the south coast of England is home to no fewer than 230 ancient sites and monuments? And England was the birthplace of the railways that we so often take for granted as we travel on the world’s trains, or that the international postal system that delivers our on-line shopping was devised in England, or that the good old-fashioned black and white photograph was the invention of a Dorset man by the name of Henry Fox Talbot.

The Archaeology UK database, with over 195,000 records, is a great website to start with in order to find archaeological site of interest in the proximity to where you are staying. There are two powerful options available, a postcode locator that can narrow down a site of interest to within 10km, 5km or 3km of your location, and a naming locator that identifies whether there is a site of interest at a particular location. Many of the sites of interest are defined more by 'county' than town, in England key counties for archaeological heritage interest are: Warwickshire, Yorkshire, Cumbria, Northumberland, Derbyshire, Sussex, County Durham, Isle of Wight, Suffolk, Norfolk, Somerset, Gloucestershire, Cheshire, Kent, Wiltshire or Staffordshire an not forgetting London. Wales has great importance too, in Carmarthenshire, Gwent, Powys, Monmouthshire, Brecon Beacons, Gwynedd and Snowdonia. Holiday activities of for every pursuit can be found when you are wanting a break from history. Hadrian’s Wall is the mos fantastic place walking.

The archaeological diversity found in England is very much down to the succession of people who arrived in the country from just before the Ice Age some 30,000 years ago, each bringing with them new methods and ways of living. It was this influx of people that was very much responsible for the establishment of some of the more famous sites in England, in particular the more ‘modern’ and visible sites (that is in relation to the Ice Age all those thousands of years ago!) such as Stonehenge built by the Celts near Salisbury and Hadrian’s Wall built by the Romans in Northumberland.

Where archaeological heritage becomes more complex is the change from hunter gatherers to farmers in England that is still not clearly understood. There seems to have been a gradual and unexplained change, for example, from tomb-chambers and earthworks, to stone circles. Coincident with this, as can be seen when visiting various archaeological sites was the change from working with pottery and stone to working with metals such as bronze and then later, iron.

Naturally enough, peoples influenced by the Romans began to arrive in England as one of the last outposts in western Europe and just over 2,000 years ago, forts, castles and a new breed of formal architecture never seen before began to appear. 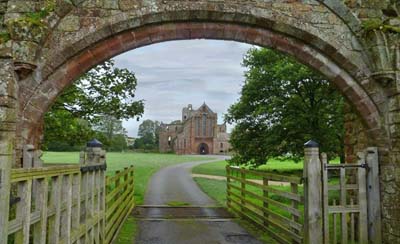 Following on from this, the Medieval Period in England transformed the country from a rag-bag of insignificant kingdoms into one of Europe’s most integrated, powerful and wealthiest states. As a result, the rich ‘modern’ archaeological heritage was established, producing the many fine structures that have lasted to this day.

Each county in England has its own unique archaeological heritage, which explains why you can discover thousands of years of history within a very small area. It is also worth visiting the official website for archaeological sites in England, “Visit England” where you can find information regarding events in connection with archaeology. For many people who holiday in the UK, it’s the incredible history that brought them here, browse our new properties at great rental prices with great last minute discounts.

Our Editors diverse British archaeological tour top tips include Roman sites and Roman ruins, Hadrian’s Wall is a favourite - we hope it helps you build your itinerary, please browse the holiday house collection offering wonderful places to stay with last minute accommodation availability and short stays throughout the UK and we hope you have a memorable stay.

We love this big rental property in Derbyshire near Derby with 7 bedrooms, sleeps 14, No pets, Ground Floor Facilities, Cot Available.